History of Accidents in Mesquite

History of Fatalities in Mesquite

The fatalities that occurred between 2014 and 2018 were 72. In 2015 and 2016, the deaths that were reported were only 12 despite the accident rates for 2016 were the highest reported over the years. However, in 2017 the death rate spiked to 18 fatalities reported which was an increase of 6 deaths from the previous year. 2018 showed that the fatality reports dropped by two, making the total deaths for the year only 16. And while 2014 showed only 14 fatalities were reported, the accidents for 2014 were the lowest in the five-year span. 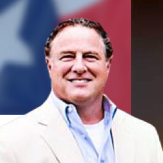